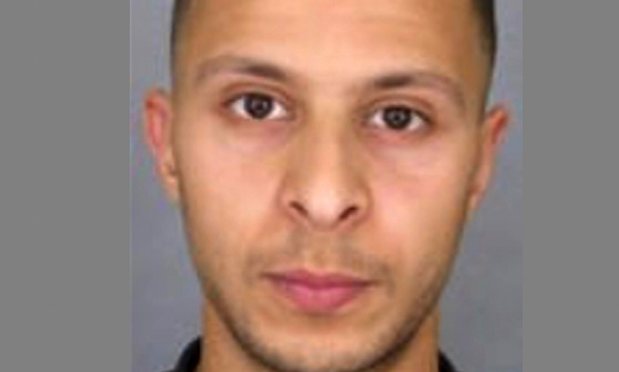 Salah Abdeslam, the main fugitive from last year’s Paris terror attack, was shot and captured Friday in a raid by police on a Brussels suburb, according to Belgian media reports.

Abdeslam was wounded in the knee in the operation, according to RTBF TV and the Belgian newspaper DH. Abdeslam’s capture was also confirmed by CNN.

In Paris, French president Francois Hollande confirmed that the operation underway in Belgian neighborhood was linked to the Paris attacks.

Abdeslam was one of two people captured in the operation, which continued against at least one more gunman.

Belgian officials said on Friday that fingerprints and DNA evidence confirmed  that Abdeslam had spent time in an apartment in a Brussels neighborhood raided by police on Tuesday. One person was killed in that raid, but two people fled, according to Belgian officials.

As police mounted their search for Abdeslam, gunfire broke out Friday evening as heavy armed police closed in on an apartment in Molenbeek, the Brussels suburb where the terror suspect grew up.  RTL TV and Le Libre report that two people were wounded in the operation.

Belgian federal prosecutor Eric Van der Sypt confirmed that Abdeslam’s prints were found at the dwelling in the Forest neighborhood of south Brussels, but  said it was not yet known if Abdeslam was one of the pair that fled Tuesday’s police operation, the Associated Press reports.

Abdeslam’s DNA was found on a glass, according to according to BFMTV. The Belgian TV station said the apartment had been rented soon after the Paris attacks, indicating that it may have been intended as a safehouse.

Abdeslam has been on the run since the massacre in Paris in November that left 130 people dead. Most of the Paris terrorists died that night, including Abdeslam’s brother Brahim, who blew himself up. Islamic State militants have claimed responsibility for the attacks.

While fleeing Paris on the night of the massacre, Salah Abdeslam slipped through a checkpoint on the highway between the
French capital and Brussels and has been the object of a massive European-wide manhunt ever since.

In Tuesday’s raid in Brussels, Mohamed Belkaid, a 35-year-old Algerian, was killed but two people fled. Belkaid was killed by a police sniper as he prepared to fire on police, according to Thierry Werts, a Belgian prosecutor, the AP reported. A Kalashnikov was found by his body, as well as a book on Salafism, an ultraconservative strain of Islam.

The forensic evidence does not indicate whether Abdeslam had been in the apartment recently, or at an earlier period, but officials suggested it was likely that he was among the pair who escaped on Tuesday.

Police also found an Islamic State banner as well as 11 Kalashnikov loaders and a large quantity of ammunition, the prosecutor said. The search of another residence in the area turned up another Kalashnikov as well as two loaded magazines, Belgian officials said.

Four police officers were wounded in the joint French-Belgian operation.