It is also reported that Federal Police and Military are deployed in towns to prevent a possible clash between residents. The situation is highly tense.

The demonstration was spontaneous and angry, not organized.

“There are also reports about attempted attacks on Gambella president and NGOs serving refuges.” 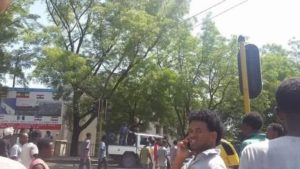 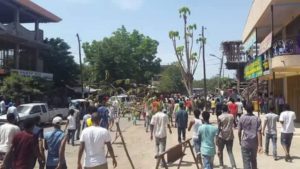