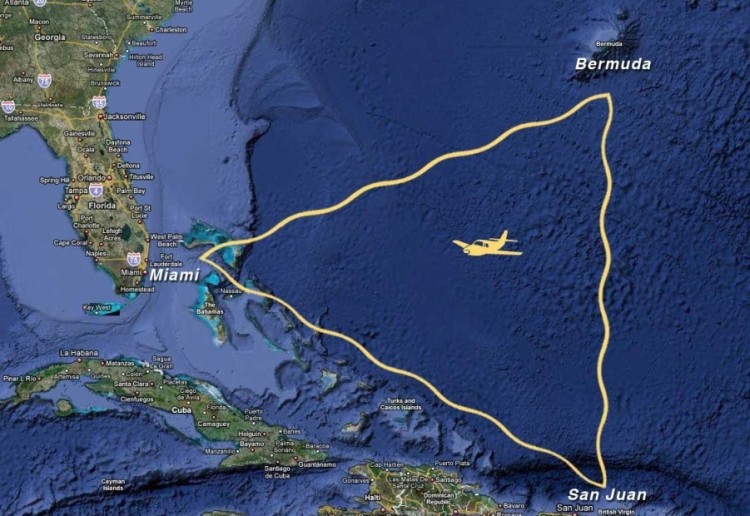 Scientists Might Have Just Resolved The Mystery Of The Bermuda Triangle

For the one and a half century, numerous ships and airplanes have disappeared in Bermuda Triangle area, usually under mysterious circumstances. But a new research from the scientists at Arctic University in Norway takes cues from the multiple giant craters on the floor of the Barents Sea.

A massive deposit of methane gas may have exploded in the craters surrounding the seabed caused by gas leaking from oil and gas deposits buried deep in the sea floor.

In the past two years, scientists have also documented methane gas bubbling up from the seafloor off the some parts of the west and the east coasts of the United States. One of the topics that need further analysis is whether methane gas explosions on the seabed could threaten the safety of ships.
“Multiple giant craters exist on the sea floor in an area in the west-central Barents Sea … and are probably a cause of enormous blowouts of gas. The crater area is likely to represent one of the largest hotspots for shallow marine methane release in the Arctic.” Researchers at the Arctic University of Norway say.

This is not the fist time the possibility of methane gas eruptions in the Bermuda Triangle has been suggested. Last year a group of researchers led by Igor Yelstov of the Trofimuk Institute in Russia said that the mysterious disappearances in the Bermuda Triangle were the effects of hydrant gas reactions. When the craters start to actively decompose, methane ice is transformed into gas.

If the theory of methane gas explosions being the cause of so many disappearances in the Bermuda Triangle proves to be correct, then we can chalk one up for science. But would the theory explain the magnetic anomalies associated with the area? It will be interesting to hear.